Pickleball Rocks at the US Open Pickleball Championships: Day 8

We’ve waited for this day all week and it did not disappoint.  All three pro brackets ended up with great matchups and super high level pickleball.

But, before the final gold medal pro matches, there was plenty of action from the 2.5, 3.0 and 3.5 mixed divisions as they navigated some really big bracket on their way to US Open medals and the Mixed Pro players battled for their spot in tonight’s CBS Sports Network’s recorded upcoming broadcast, May 19th and 26th. 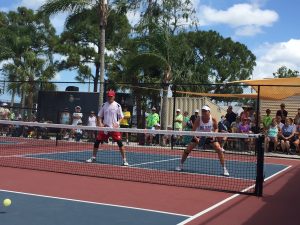 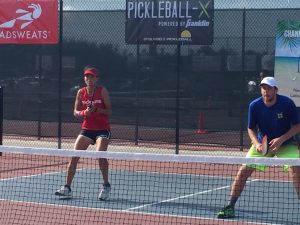 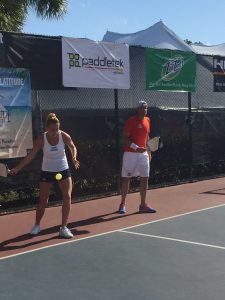 Little did I know I was photographing both teams (Simone and Oliver plus Matt and Lucy) who would be competing for Gold tonight.

Equally fun to watch was the Junior Boys competition, where I saw the future of pickleball growing right before my eyes.  Our sport is going to be just fine. 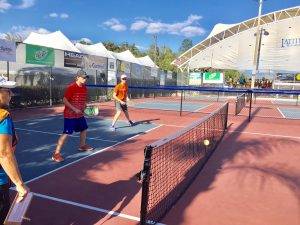 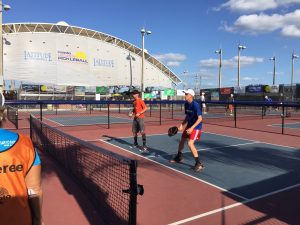 Spent a little time on the Championship Court watching what may have been the most entertaining match of the day as Daniel Moore and Sarah Ansboury had an epic three game bronze medal battle with a couple of relatively new faces on the pro scene in Joey Farias and Catherine Paranteau.  Wow, great point after great point until Daniel and Sarah walked away the winners, 11-9, 8-11, 13-11. 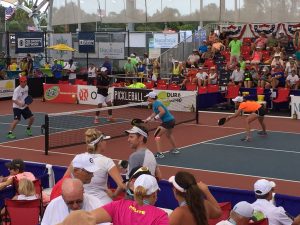 An interesting observation as this foursome warmed up for the match was the fact that all four players were representing different paddle companies.  In the picture below, you’ll see Catherine with a Pro-Lite Supernova, Joey with an Engage Encore, Daniel with a Paddletek Tempest Wave and Sarah with one of Head’s new paddle offerings, the XTREME.  Interesting time to be in the paddle business.

So, it has been a great experience.  The US Open team did a great job of pulling together a first class event.
It will be interesting to see what type of feedback they get when they send out their post tournament survey.  There were certainly things that players did not care for in the tournament part of the event, such as many matches not having referees, when most players outside of Florida are accustomed to having a referee for each match.  Also, I asked players all week, and I found ONE, yes ONE player who actually liked the format of play where if you lose in the winners bracket, you now cannot come back and win Silver or Gold.  Most people claimed it just didn’t feel like pickleball because we are so accustomed to 40% of Gold medal winners coming back to force the dramatic final game to 15 to win gold.

Overall the US Open is an event that everyone should put on their pickleball bucket list at least once.  Lot’s of fun and lots of friends all together for a week.  What could be greater. 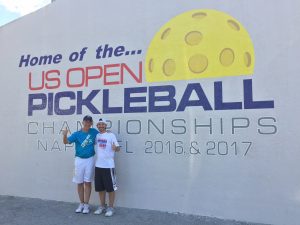 We certainly want to thank everyone who stopped by the Pickleball Rocks booth this week. You were the reason we came and we are grateful. Now it’s off to Yonah, Georgia and Philadelphia tournaments to play and teach some clinics next.  Look forward to seeing all of you on the pickleball trail again soon.