Past winners include amazing people such as Zane Navratil, Riley and Lindsey Newman, Stephanie Lane, Ben Johns, Leigh and Anna Leigh Waters, Enrique Ruiz, Jim and Yvonne Hackenberg, Jennifer Lucore and Alex Hamner, Daniel Moore and Scott Moore, Aspen Kern, Simone Jardim, Dick Johnson and we even recognized how important we believe the certified referee program has been to our sport.
You’ll notice all our past winners are definitely great players, but you will also immediately recognize they all are very giving of their time and talents to “help pickleball grow”, which of course is the foundation of our Pickleball Rocks mission. 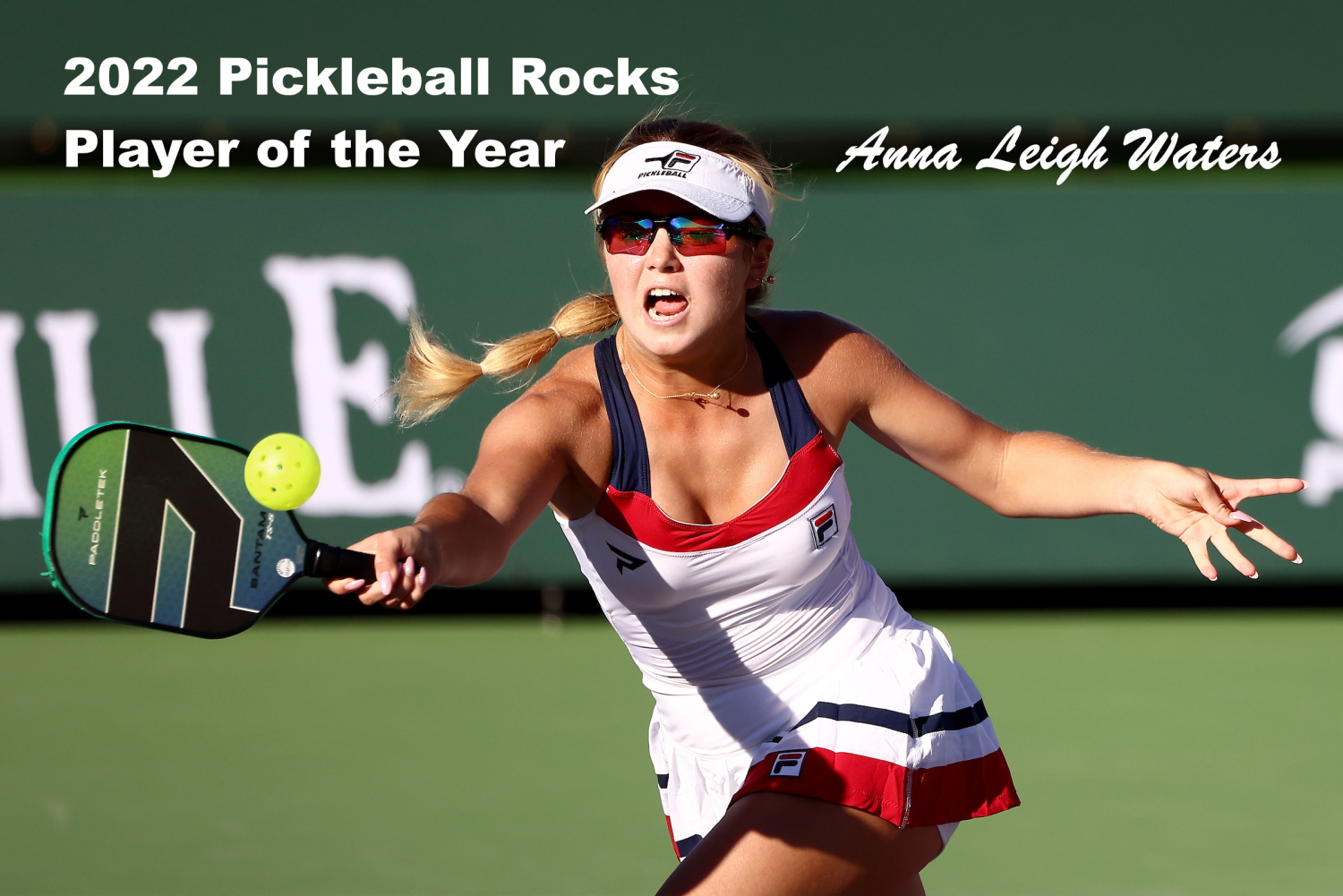 2022 saw one player become the face of our sport. And before you start writing to us saying she was already the face. She was already the face to people inside pickleball. But in 2022 her face was introduced to millions of people seeing the sport for the very first time. Through ESPN, CBS, NBC and Tennis Channel, many of them were seeing her on a gold medal stand on a Sunday. So all the new players and potential players are seeing a 15 year old young lady having fun and simply dominating the women’s side of pickleball.
Some people call her AL. At our office, we nicknamed her APS (Always Playing on Sundays) because we saw her on the TV screen on championship Sunday every tournament she played.

Not only was she entertaining to all those first time viewers and attracting them to the sport, she also amassed about as dominating a single year record as we’ve ever seen.

Just think about this, in 2022 Anna Leigh played mostly PPA tournaments. In those tournaments, there were 78 gold medals handed out in singles, doubles and mixed doubles combined. Of the 78 gold medals available, she took home 38 of them including an amazing 7 Triple Crowns (she won singles gold, women’s doubles gold and mixed doubles gold all at the same tournament). Just as amazing, she played in 16 PPA singles gold medal matches, and won 15 of them. Oh and when her regular women’s doubles playing partner (her mom Leigh) sustained a season ending injury, AL simply continued to win regardless of who was by her side on the court.

So it was a monster year for her and the sport. 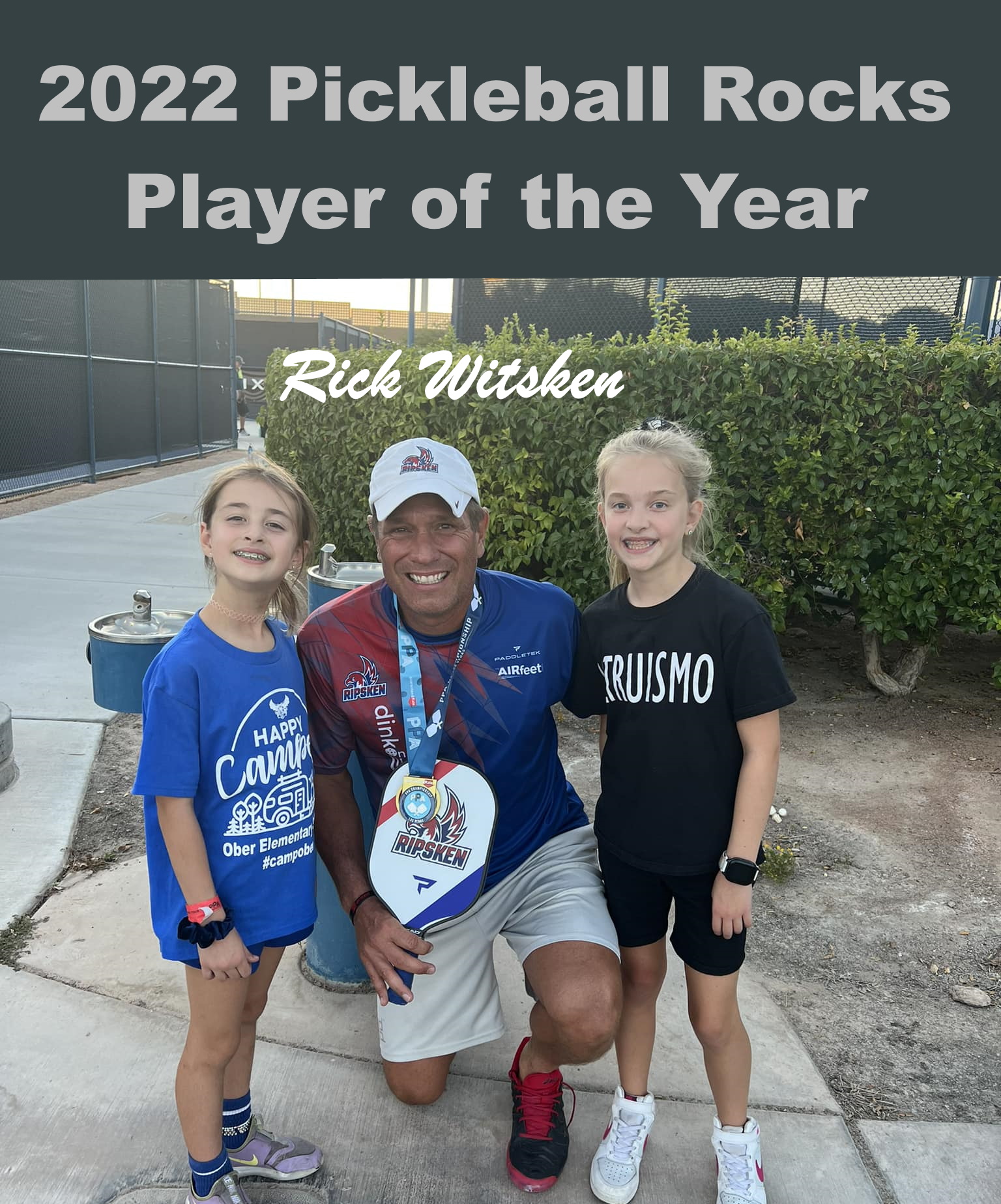 Our male choice for 2022 is also a very familiar face on tournament courts across the country.  Not too many players put in more miles this year.  And certainly no male senior pro won more medals in 2022.

But one thing that did pop out at us was the fact that this individual also puts a lot of time on the courts helping others.

Simply ask him to help at a clinic and there is no hesitation, he’s there.  But beyond that, it really caught our attention and was mentioned by almost everyone who nominated him, that Rick Witsken loves to work with kids.

You can catch him regularly giving kids clinics in the Zionsville/Indianapolis area.  Plus he is a NEXTGEN Senior Pro Mentor.

In coming to this choice we saw a player with a dominating record on the courts, but we also saw a special player who was going way above and beyond to help our sport grow, especially at the youth level.

His constant smile and positive attitude on and off the court is infectious, and we are proud to make Rick Witsken our 2022 Male Pickleball Rocks Player of the Year. 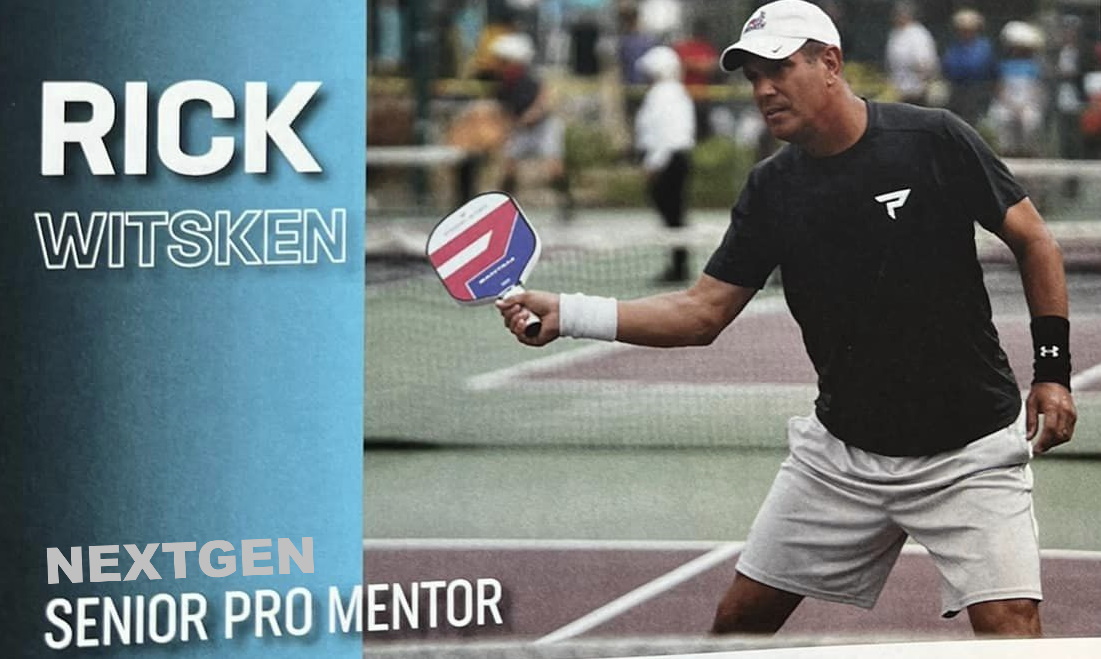 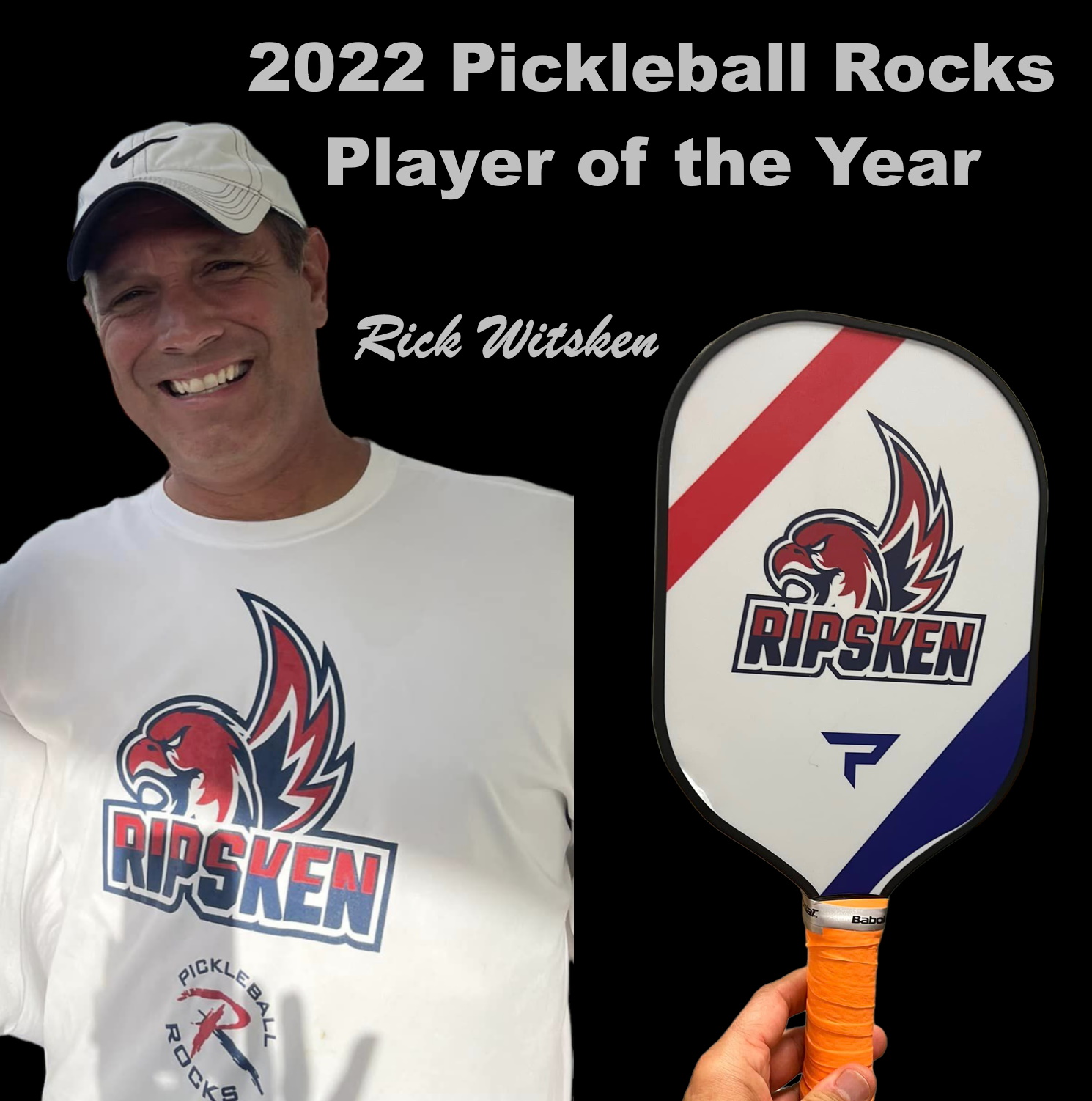