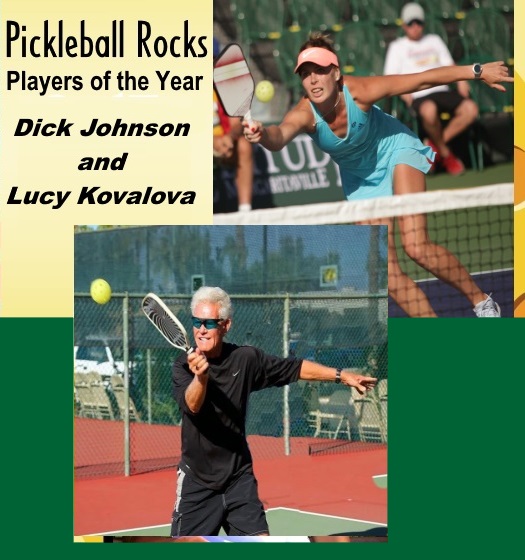 Past winners include:
Enrique Ruiz, Jim and Yvonne Hackenberg, Jennifer Lucore and Alex Hamner, Daniel Moore and Scott Moore, Kyle Yates, Aspen Kern and Simone Jardim.
You’ll notice all our past winners are definitely great players, but you will also immediately recognize they all are very giving of their time and talents to “help pickleball grow”, which of course is the foundation of our Pickleball Rocks mission. 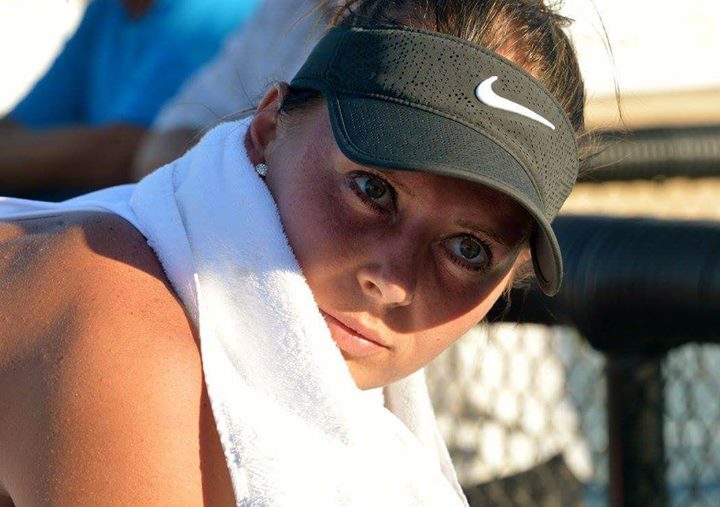 This year we are recognizing two fantastic players as Pickleball Rocks Player of the Year.

First up is this year’s Triple Crown winner on the world’s biggest pickleball stage, the USAPA National Championships at Indian Wells. With ESPN covering the action and thousands of people watching throughout the week, Lucy navigated through all three super tough Open brackets, singles, women’s doubles and mixed doubles.  That is a rare feat indeed.
Lucy Kovalova had a great 2017 on the courts, but in 2018 she took it up another notch.
Lucy only played in 5 tournaments in 2018.  But in those 5 tournaments, she entered 12 Open Pro events.

Truly a year that most of us only dream about.   People certainly did notice as Lucy was our overwhelming vote winner at NominateAPlayer.com.

Congratulations to 2018 Player of the Year: Lucy Kovalova 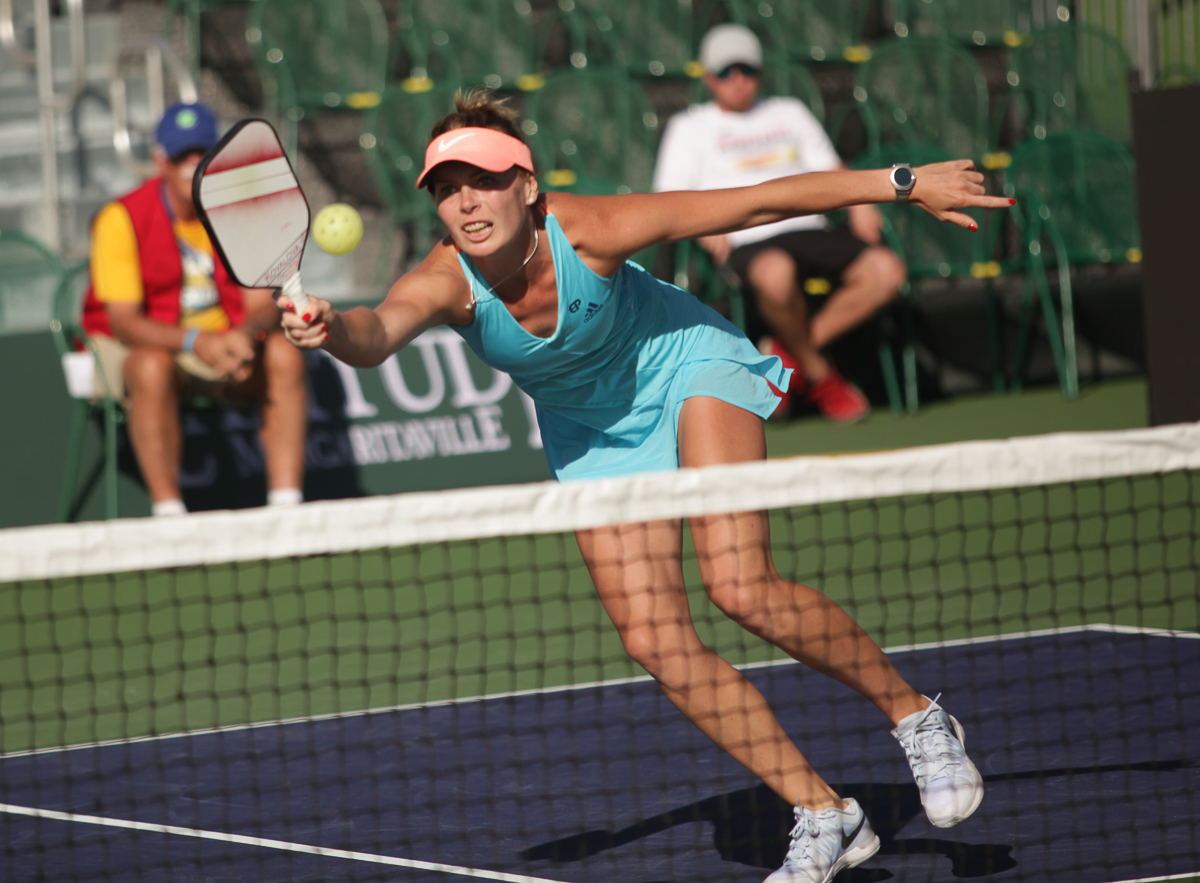 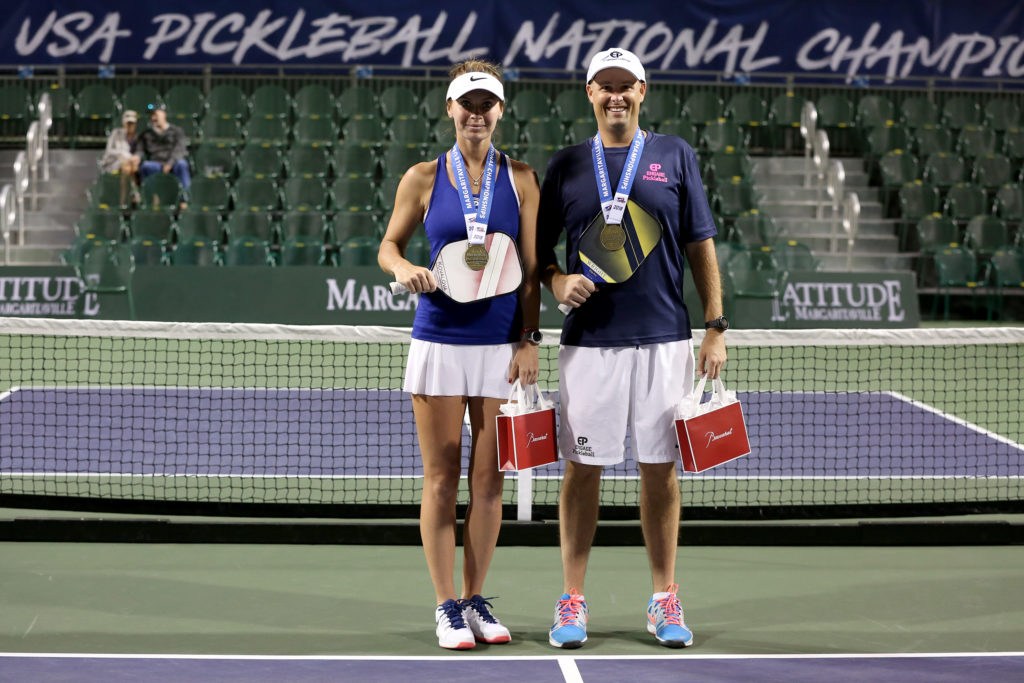 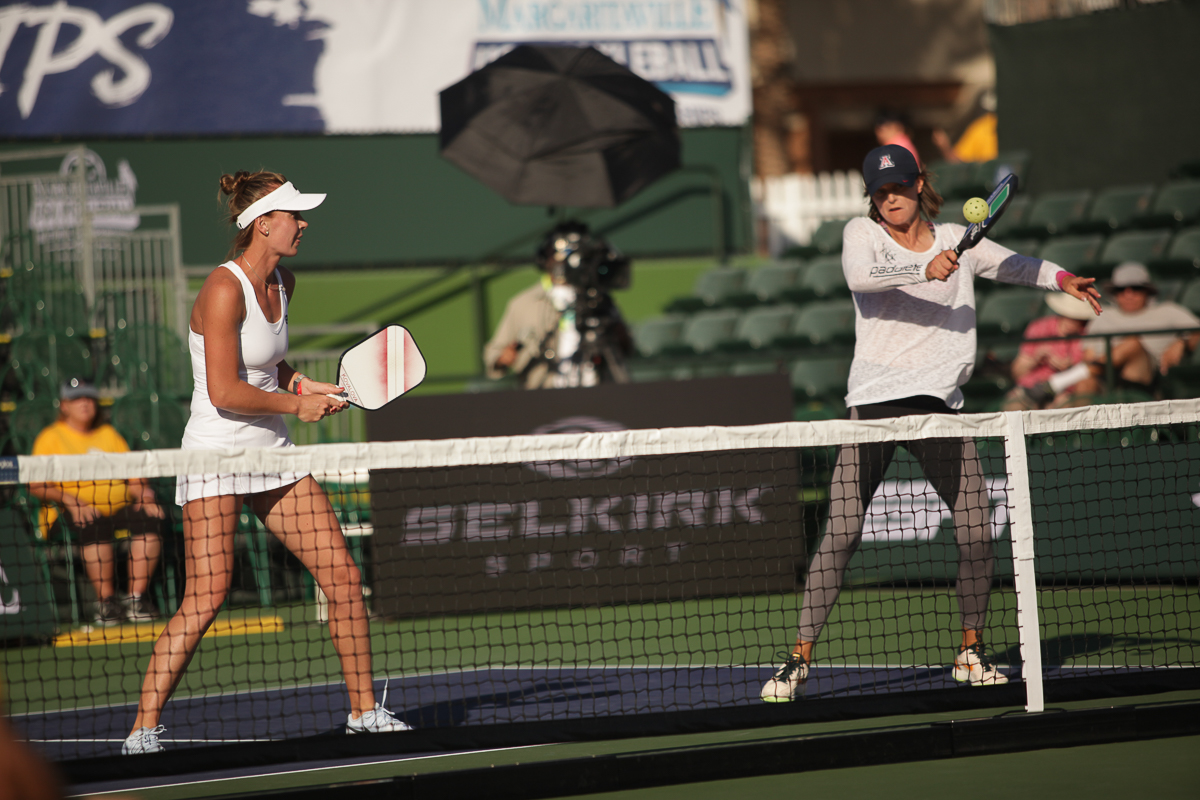 Our 2018 Men’s Pickleball Rocks Player of the Year is a gentleman who inspires players everywhere he goes.
In the five years that he has been playing pickleball, he has amassed over 200 medals, winning golds at major tournaments like the Huntsman World Games, the Nationals Senior Games, US Open and the USAPA Nationals. 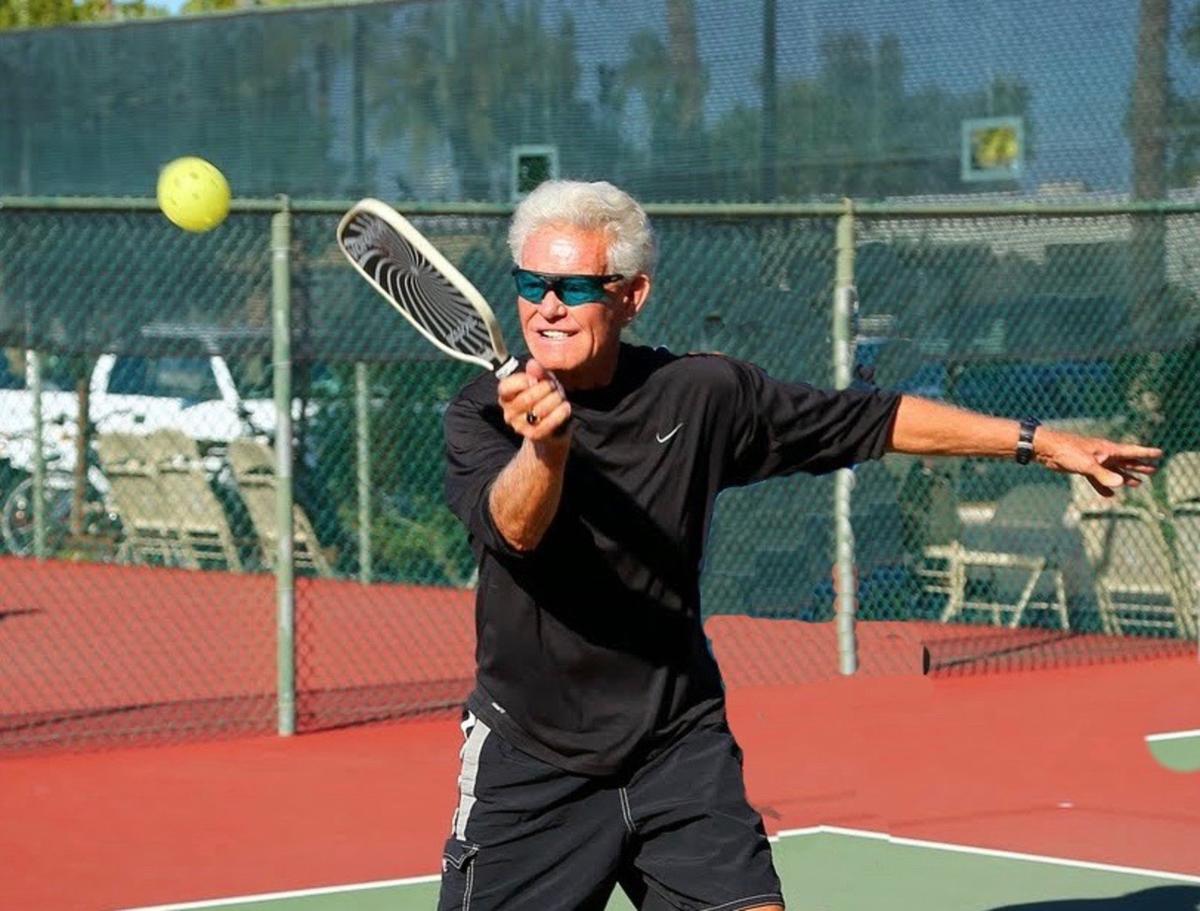 At age 78, Dick Johnson has been winning and inspiring athletes for years.  But not only is Dick an exceptional pickleball player, he has devoted a big part of his life to making the world a better place.

The National Senior Games of America recently released an excellent article detailing all the reasons why Dick Johnson is so deserving of our 2018 Pickleball Rocks Player of the Year.  Congratulations Dick!  Keep up the great work(s). 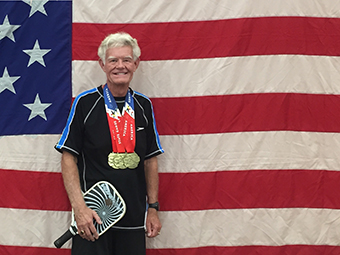 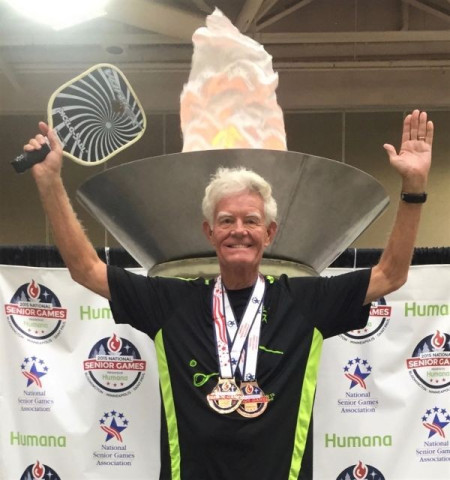