2012 Pickleball Player of the Year Announced

by rocket@allaboutpickleball.com | Dec 27, 2012 | Pickleball Rocks Players and Clubs of the Month | 4 comments

Someone recently asked me how we can possibly choose a player of the year.  Well, there is no exact science and we had several recommended players who had tremendous years.  But it is not all about wins and losses.  We wanted to recognize not only a great player, but a great person too.

Our Pickleball Rocks Player of the Year, is mentioned a lot amongst our 6000 Facebook friends.  He is described by everyone as a kind, likeable person who is generous with his time and goes out of his way to make people feel good.  He also happened to have a dynamite tournament year as he won numerous pickleball tournaments including both the prestigious Open Singles and Open Doubles titles at the 2012 USAPA National Tournament.
This year’s Pickleball Rocks Player of the Year is Enrique Ruiz. 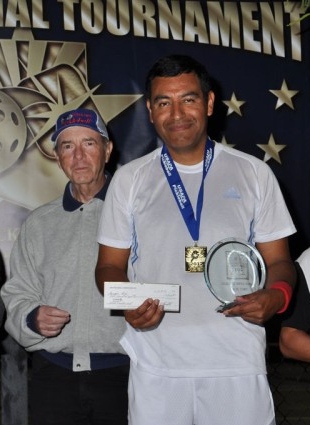 He is a true ambassador of our sport. 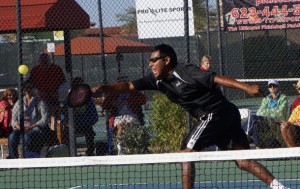