Here is a sure sign that a town is taking off with pickleball.  Brookville, Indiana, population 2500, sent 9 players to the 2012 Middletown, Ohio pickleball tournament and came home with 3 medals.

Saturday August 4th saw Jack Froman and Bob Ruetz losing their very first tournament match, only to race through the losers bracket to make it all the way back to the Gold Medal match before losing againin the men’s 3.5 bracket.  Great job Jack and Bob. 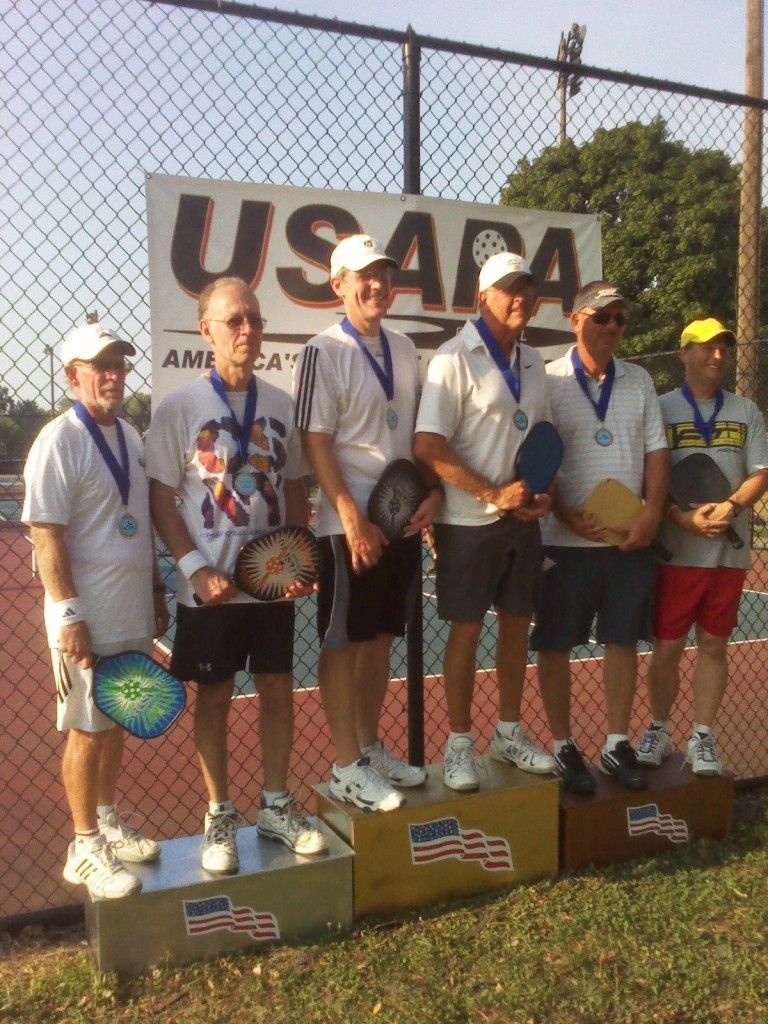 Also losing in the opening round was Rodney Grubbs and Jeff Siebert, but again this 5.0 duo dominated the losers bracket to make it all the way back to the play the winner of the winner’s bracket.  In the Gold Medal match, Jeff and Rodney defeated Jim Hackenberg and Patrick McPhail in two straight games to give them their first loss of the tournament.  However, Hackenberg and McPhail prevailed in the final match 15-10.  Another silver medal for our Brookville club. 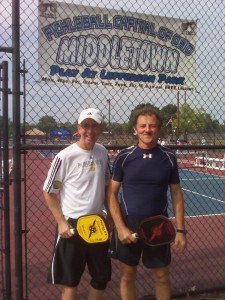 Also having a great tournament were Mike Schwartz and JT Schulze.  This great men’s team from Northern Kentucky had a great day in the 5.0 bracket and came away with the Bronze medal.

Also competing in their very first tournament were Brenda Lee and Donna Pence. Great job ladies.  Very proud of you!

Special thanks to Brookville Pickleball Club co-founder Marilyn Hedrick for coming out to support all our Brookville players.  It is great to have fans courtside.

And thanks to Pro-Lite Sports for making great paddles.  The medal stands were full of Pro-Lite Graphite Magnums and Blasters. 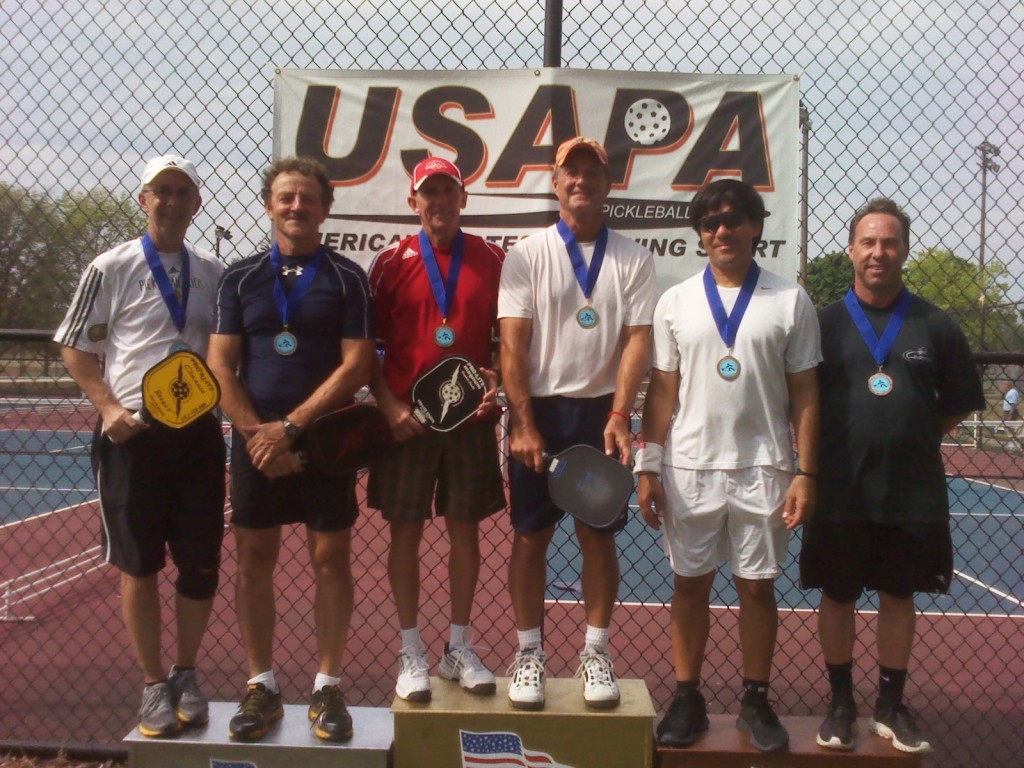