If you can imagine a 4 person game of ping pong, being played while standing on top of a really big outdoor table, then you have pickleball.

Now create a day for a whole bunch of them to compete for one-of-a-kind bag tags and really cool prizes, then you have the Pickleball Rocks Summer Shootout in Brookville, Indiana. 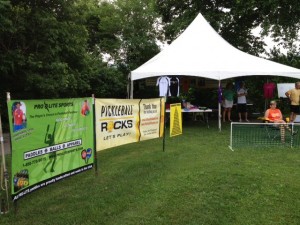 A tour around the tournament site revealed a huge hospitality tent loaded with snacks and bottled water that was sponsored by various local businesses to make sure the players were kept strong and hydrated.  Also courtside was a newly built shade shelter 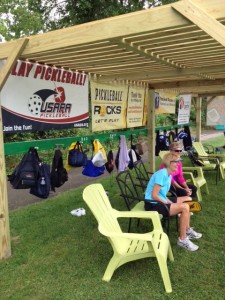 with plenty of seating to help keep the players cool.  And of course, one of the most popular places to hangout between matches was the vendor tent showcasing the wildly popular “Pickleball Rocks” dri-fit shirts and hats plus corporate sponsor, Pro-Lite Sports pickleball paddles.

If player feedback is any indicator, the 1st ever Pickleball Rocks Summer Shootout was a huge success.

Said tournament advisor Rodney Grubbs, “It was certainly fun planning this first ever Brookville tournament, but what was most satisfying for me is that I sit on the Chamber of Commerce board of directors and this tournament put people in our hotels, restaurants and bed and breakfasts for two weekends.  From a tourism standpoint this tournament was a great success and it will only grow from here.  From a pickleball growth point of view, it is phenomenal to have this many players come here for a first time tournament.  Obviously people are hearing about the quality of pickleball being played here in Brookville.

The personal feedback and emails received from the players after the tournament have been especially gratifying because it tells us that we did things right.  Everyone loved it and have committed to coming back next year.”

Saturday June 29th was a special day just for the 3.0 skill level players competing for the coveted “Shootout Champion” bag tags and “Pickleball Rocks” branded prizes.  The ladies 3.0 winners were: KeKai Ruckstuhl and Jean Haupt from Chattanooga, Tennessee.  Runnerups were the sister duo of Shelly and Tammy Haley of Indianapolis and third place went to Sharri Kendall and Betty Herbert of Connersville. 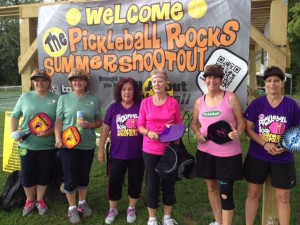 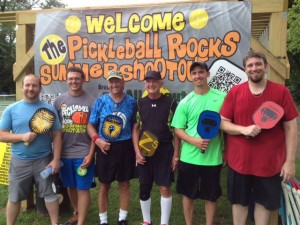 On the men’s side, bringing home the top prize was: Matt Klein and Joe Meeks from Fort Wayne, IN.  Runnerups were Paul Hamilton and Larry Oliver from Anderson Township, OH and third place went to local Brookville players, Michael Taylor and Kevin Moster. 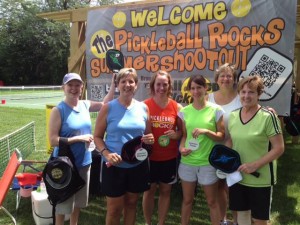 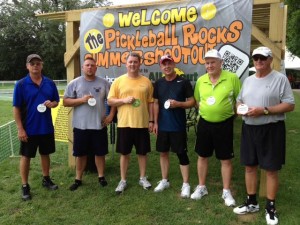 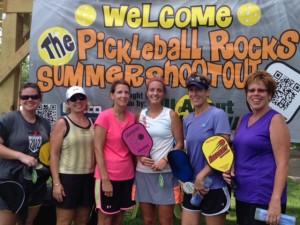 The 4.0 Ladies Winners at the 2013 Pickleball Rocks Summer Shootout tournament. 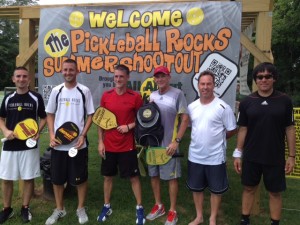 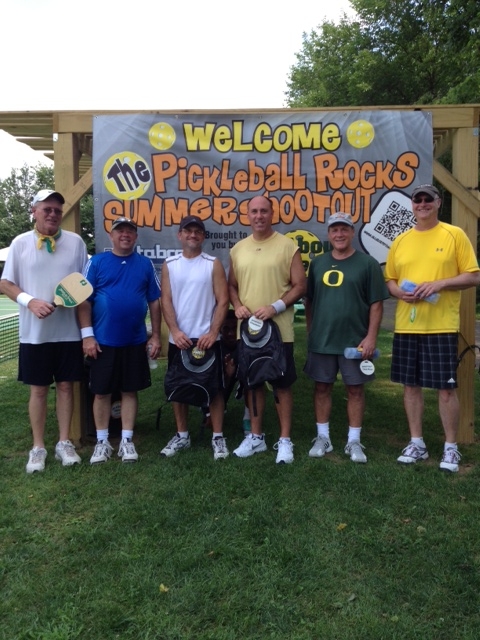 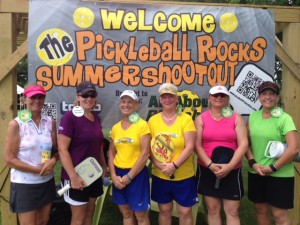 The 5.0 Ladies Winners at the 2013 Pickleball Rocks Summer Shootout tournament.

On July 20th the 4.0 players gathered for their special shootout. Coming away with the prizes for the men were: (CHAMPIONS) Mark Oswald (Fort Wayne, IN) and Don Labacz (Grabill, IN), (RUNNERUPS) Brad Bilyeu (Terre Haute, IN) and John Tackett (Louisville, KY)  plus 3rd place finishers, Dave Brostrom (Cincinnati, OH) and Jim Huitsing (Mason, OH).

In the sport of pickleball, there are not many players who are entitled to the coveted 5.0 skill level designation.  But on July 21st, 2013, sparks flew as some of the best 5.0 pickleball players in the country descended on the sleepy little town of Brookville.

At the end of each day a prize drawing was done to give away a Pro-Lite Paddle.  The lucky winners were Gene Silver who won a Pro-Lite Blaster, Jan Eischens who won a Pro-Lite Magnum, Robbie McClain winning a Pro-Lite Classic and Marsha Koch taking home a Pro-Lite Aero-D.  Many thanks to sponsor Pro-Lite for donating the paddles.

And of course, a tournament of this magnitude simply cannot happen with the support of our great local sponsors.

Thanks to everyone who pitched in.

WHAT THE TOURNAMENT PLAYERS ARE SAYING:

“This was our first Pickleball Tournament and we had a great time. It was so much fun, can’t wait to do it again next year!!!!!” -Betty H and Sharri K.

“Had a great time on Saturday. Thanks for the amazing event!!!” -Michael T.

“Thanks again for the opportunity to play in your tournament.  It was a great time. Well organized. I have played in other tournaments that were not well organized at all. My partner and I both enjoyed ourselves a lot.” – Larry O.

“Tournament was a lot of fun.  You all did a great job with everything.” – Judy G.

“Loved your tournament.  Tell the boys thanks so much.” – Michell C.

“My first pickleball tournament and I loved it.  Thanks for a great experience.” – Jen G. 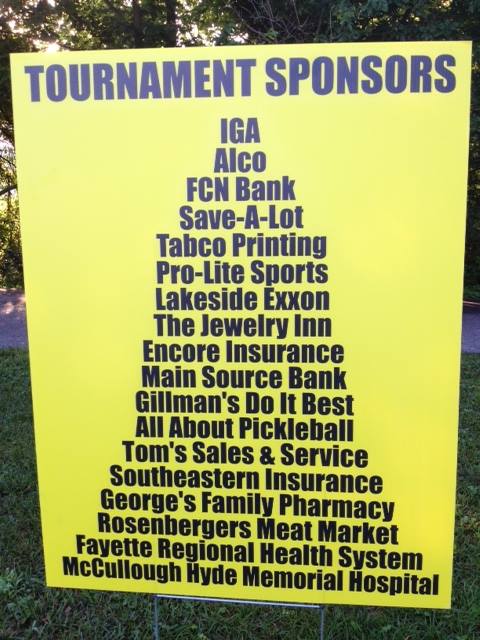